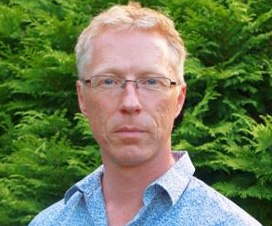 Based in West Sussex, UK, Paul Hensey designs and manages landscapes and garden schemes throughout the South of England and works on location for projects further afield. His work has won numerous awards, including gold medals, best in show, and 'Most Innovative’ awards at Chelsea, Tatton and Hampton Court Flower Shows. His work ranges from intimate back yards & roof terraces to large country estates and woodland burial sites. If that wasn’t enough, Paul also lectures on design as a SketchUp evangelist and trainer. He’s also the author of several books on landscape construction detailing and engineering and contributes frequently to trade journals and magazines. Paul is a Fellow of the Society of Garden Designers & a previous Vice-Chair, of the Member Chartered Institute Horticulture & Member Garden Media Guild. His early career was as an Industrial Designer, which provided early exposure to 3D cad. SketchUp became part of his workflow in 2005.