Skip to content
By clicking "Accept All Cookies", you agree to the storing of cookies on your device to enhance site navigation, analyze site usage, and assist in our marketing efforts. 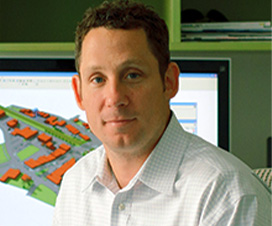 Devin is a Principal and Cofounder of Houseal Lavigne Associates with special expertise in urban design, land use planning, site planning, land planning, land use regulation, graphic illustration and development visualization, and geographic information systems. Devin is regarded as one of the profession’s top illustrators for his ability to communicate plans, planning concepts, and incorporate development visualizations into the planning process. He has directed, managed, authored and contributed to a number of comprehensive plans, downtown plans, corridor plans, subarea plans, park master plans, and other planning assignments throughout the country. Devin’s graphic work has garnered national attention and has helped distinguish the firm’s body of work, receiving multiple awards for their plans. At the American Planning Association’s 2011 and 2012 National Conferences, Devin’s sessions “Better Graphics, Better Plans”, received high praise and were well received. Devin will speak again this year at the APA’s National Conference in Chicago on “New Tools for Zoning and Development Visualization” and “Dissecting a Commercial Corridor – An Examination of 60 Years of Development along Ogden Avenue”.